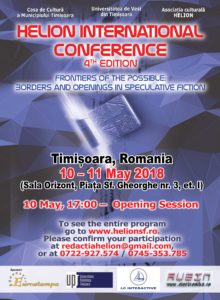 Dana Percec, West University of Timișoara, A Critique of the Gothic with the Benefit of Hindsight: P.D. James and Stephen King on Writing Fiction, Yesterday and Tomorrow

Peter Seyferth, University of Hagen, The Gothic Utopia of Today

Magdalena Grabias, Lublin University, A Strange Case of the Post-Millennial Gothic on Screen

Karoly Pinter, Catholic University Budapest, Journey to the Unknown: the Uncertainty of Construed Reality in The Time Machine

Emanuela Ilie, “Al. I. Cuza”  University from Iaşi, Romania. The Gothic Body. Reflections on the Abnormal Otherness in the Noir Prose Written in the Inter-War Romania

Ştefan Borbély, Babes-Bolyai University Cluj-Napoca, Has Become God Obsolete? Alternative Representations of the Supreme Being within the Speculative Fiction

Anticipation Club Helion Timiş was established on March 18, 1980. On March 25, 1981 it published the first magazine Helion, printed and distributed throughout Romania, which had three series 1981-1991; 1994-1995; 2006-present (82 numbers in total). In 1981 it launched the national competition of short stories HELION, which reached its 32nd edition. Helion Club’s publications have won numerous awards at national conventions of science fiction, the magazine Helion won the award for best European fanzine in 1984 at Brighton and in 1988 at San Marino, as well as Library Nova Award for the best nonfiction magazine at EUROCON Budapest in 1989.

Since 2010 Helion Association, which includes the most important members of the Helion Club, edits the electronic magazine Helion online (ten issues per year).

Since 1981 Helion Club organizes Helion Days, which in 1985 were transformed in the Session Helion (31 editions).

Since 2015 Helion Club, with substantial support of the Culture House of Timisoara and Helion Association organises Helion International Conference.

Helion has organized alone or in cooperation with other clubs five S.F. National Convention and it was the mainstay in EUROCON in 1994, when Cornel Secu (presiednt of the club at that time), was awarded the prize for best European promoter.

Since its beginnings, Helion established itself as an important center for S.F. authors, and in the last decade it has become the Romanian club with the most diverse and substantial activity. 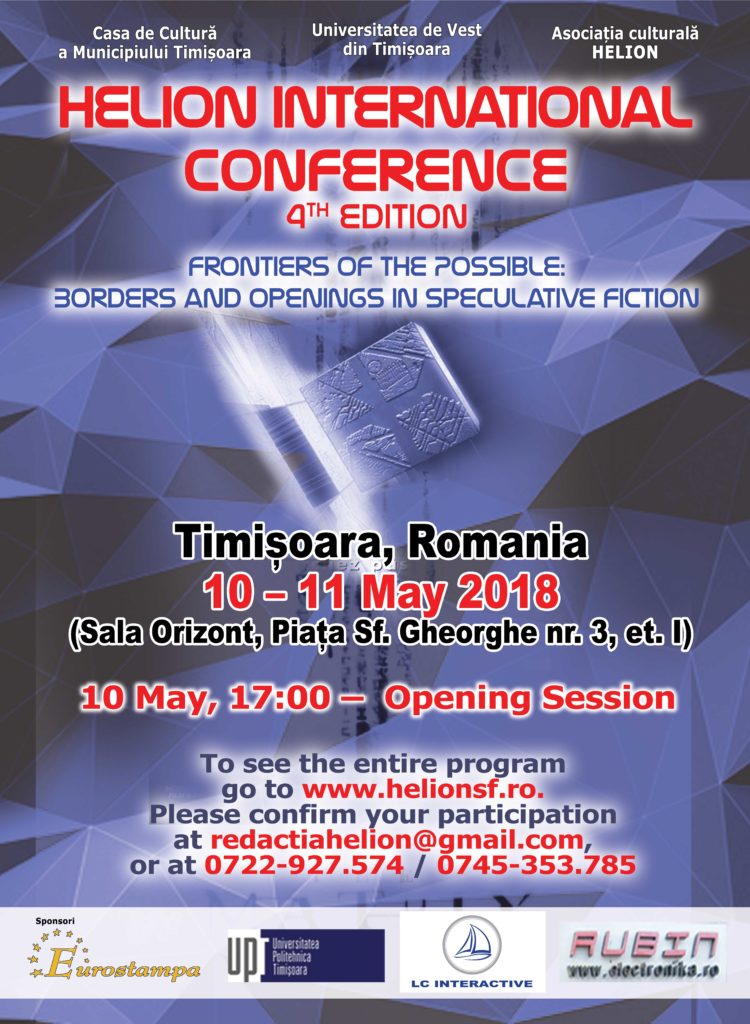 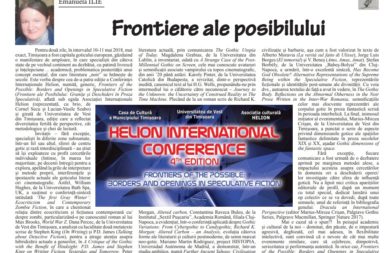 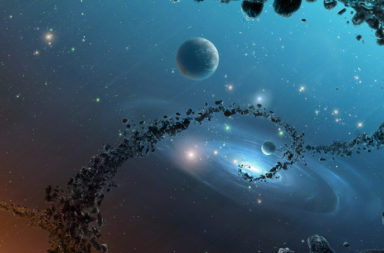 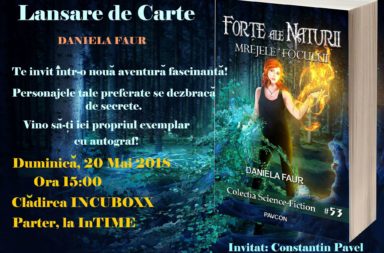